When all else fails, read the instructions.

Game Rules (and links) to Follow If you don't, you're only cheating yourself.

Game rules are necessary to keep things fair and square. You’ll inevitably run across some unscrupulous characters out there, so do your best to enforce the rules when necessary. Don’t hate the player, hate the game, right? Unless that player is a cheater, then they’re despicable. To avoid eliciting such sentiments, we ask that you please don’t break these rules, but if you need a break FROM them, we’ve included some links to some wild games that rule! They’re all fascinating! 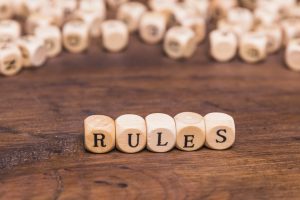 These last 5 games have rules as well, so do some research before you participate. We wouldn’t want anybody getting hurt, though that seems impossible in most of these. In fact, the goal in a few is specifically to hurt, so proceed with caution.

On the other hand, there have been relatively few injuries or deaths resulting from any of the Public Slybrary’s games. Our Predictionary™ and Fortune Teller/Keeper™ ouija boards are often associated with death, but unless it’s in a movie, they don’t generally cause death. I imagine the gambling aspects of Bookgammon™ (backgammon in a book safe) and Shut-the-Boox™ (shut-the-box in a book safe) might generate some bad feelings, but only in the most extreme case would they lead to death. Can’t we all just get along?

I guess that’s where the game rules come in, so we can get along during competitions. Otherwise it’s anarchy!

You shouldn’t judge a book by its cover, but you should make an exception with these.

My Mom left me a bible my grandma gave her; I’m not religious, but the Public Slybrary made me a book safe out of it and now it has a new life! You might say it’s born again 😉

They always said it’d save me, that old bible on the dash.

Uncle Jeff, they searched my sorority room, but didn’t look twice at my book safe! Not that there was anything in it. Don’t tell my mom.

You put your weed in there.